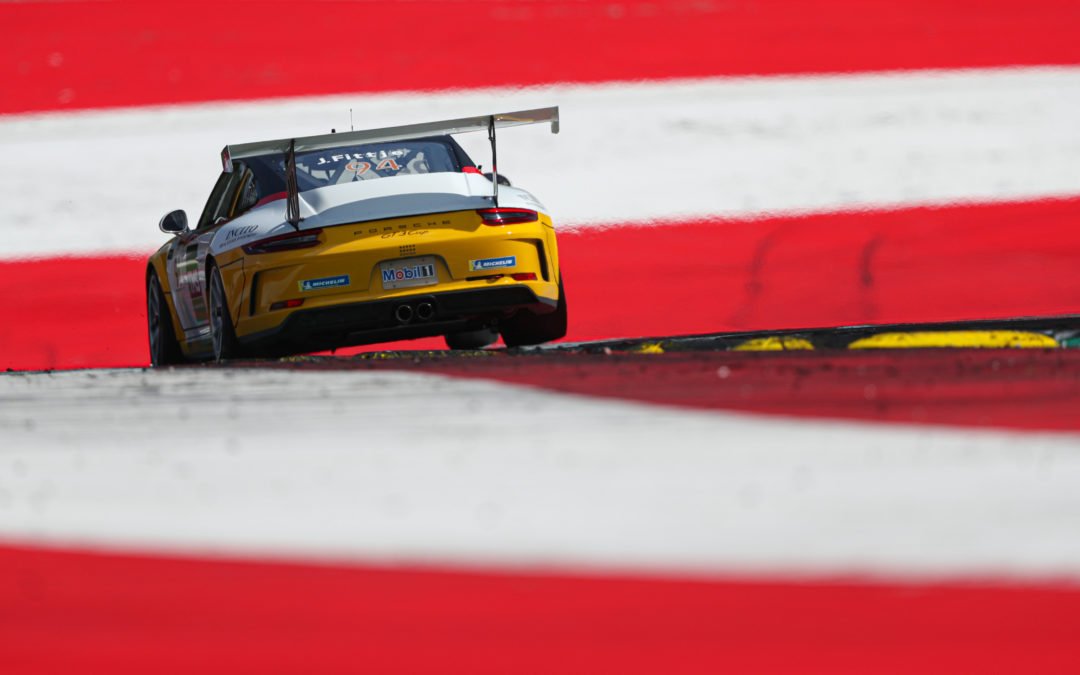 The third round of the season in the Porsche Carrera Cup Germany was a weekend to forget for Team Project 1 – JBR. After the successful opening races in Hockenheim and Most, the team had to cope with a sporting setback on the Austrian F1 circuit.

The problems were already evident in the test drives on Thursday. Both Jaxon Evans and Jannes Fittje could not position themselves in the front third of the field in any session. Unfortunately, the difficulties could not be completely sorted out until the official start of the race weekend. So the qualifying with the places 15 (Jaxon Evans) and 24 (Jannes Fittje) for race 1 as well as 13 (Jaxon Evans) and 23 (Jannes Fittje) for race 2 remained clearly under the own claims and expectations of the team.

Despite this, Evans and Fittje were able to make up some positions in the first race. Jaxon finished P11 with some important points for the championship. The New Zealander also made it to the podium in the rookie classification. Jannes also showed a solid performance and missed the points with P17 narrowly. The negative climax of the weekend was then reached in the second race on Sunday, in which both drivers had to end the race through no fault of their own.

Marcel Schmidt, Technical Director with Team Project 1 – JBR, summarizes: “A very difficult weekend for us. At no time, we were where we wanted to be and must be. During the entire weekend we struggled with various problems. We will now look into the details and analyze everything. I am sure that we can rejoin the successes of Hockenheim and Most at the Norisring.”

Team manager Svenja Becker was also disappointed: “Beginning with the test day, we couldn´t really get under way. Unfortunately, there are such weekends in motorsports, even if it´s difficult for our team to accept. We will now fully focus on the upcoming races.”

The next race will take place from July 5-7, 2019 in the scope of DTM at the Norisring in Nuremberg. The city circuit is traditionally considered the absolute highlight of the season in the DTM calendar, as no less than 100,000 spectators are expected there.