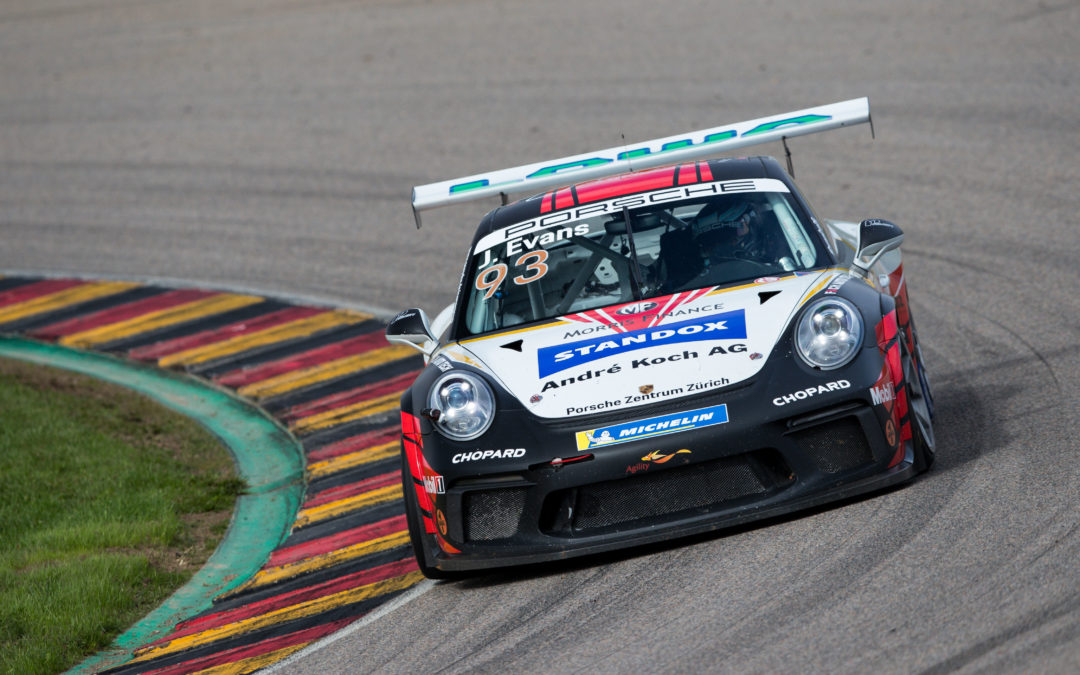 The season finale at the Sachsenring was a reflection of a very successful debut season for Team Project 1 – JBR in Porsche Carrera Cup, Germany’s fastest one make-cup. In the end, the team achieved an excellent fifth place as the fourth strongest force in the team standings. Just two weeks earlier, the team around Svenja Becker and Marcel Schmidt secured the title in the rookie ranking with New Zealander Jaxon Evans.

It was also Evans who narrowly missed out on another podium in both races in the season finale with places 5 and 4. Rookie Jannes Fittje also impressed with two strong races with places 10 and 12. These results meant a double victory in the rookie ranking for both races in the final in Saxony. The positive trend was already indicated by a strong qualifying, although the challenging MotoGP track was new to both Team Project 1 – JBR drivers.

Marcel Schmidt, Technical Director and Race Engineer at Team Project 1 – JBR, summed up: “Like two weeks ago in Hockenheim, we were among the fastest in the field. Unfortunately, we didn´t have the necessary luck in qualifying. Jaxon Evans could certainly have fought for victory again with better starting positions. This is all the more impressive because he lacked any knowledge of the track. Jannes’ good performances in both races rounded off our good weekend.”

Team Manager Svenja Becker looks back: “It was a great season finale at the end of a successful season for our team. Ranking 5th as the fourth strongest force in the team standings as well as winning the Rookie Championship make us proud. I would like to thank the entire team for their excellent work, our partners, sponsors and the organisers of the Porsche Carrera Cup in Germany. We are excited about this series and will be even more broadly focused on 2020 in order to achieve maximum success.”

Team Project 1 – JBR will soon announce the program for the upcoming season.