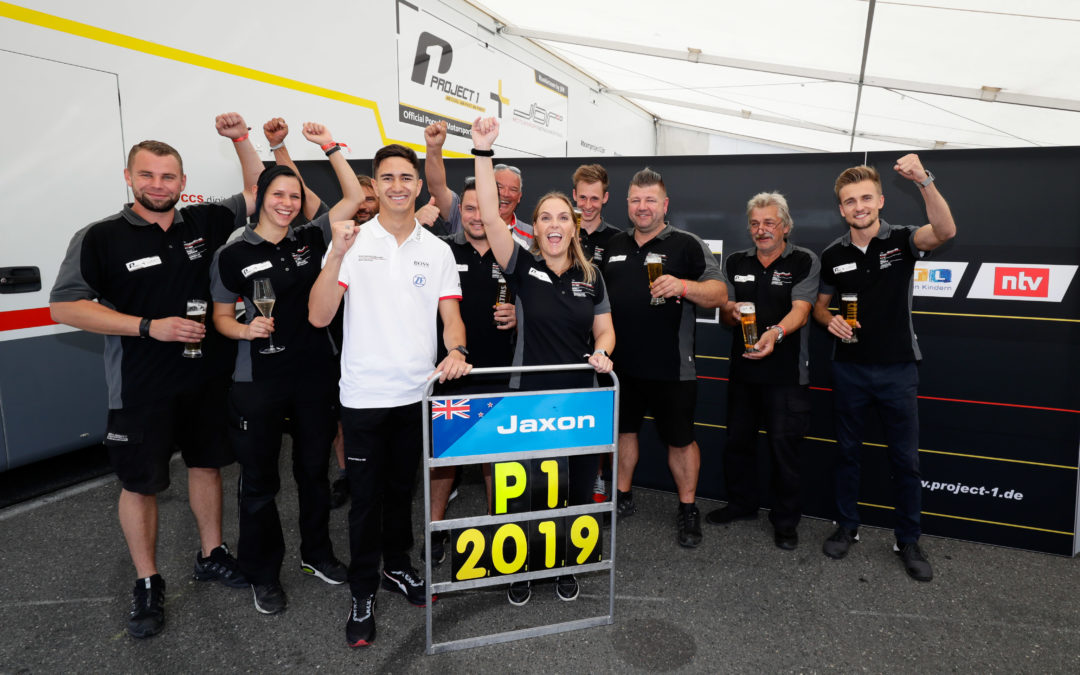 Perfect weather in Hockenheim and a Jaxon Evans in top form: The 22-year-old New Zealander running under the Australian flag was crowned rookie champion 2019 ahead of the season finale. In its first season, Team Project 1 – JBR already secured a title in Germany’s fastest brand cup.

In the first race, Evans finished a respectable sixth, while most of his immediate competitors were already using new tyres. Fittje retired after an unfortunate collision and was unable to take part in the second race due to irreparable damage. The second race was marked by numerous safety car phases, which stopped Evans from catching up after a modest start from pole position. In the end, the New Zealander finished second and thus secured the rookie title of the year.

Marcel Schmidt, Technical Director and Race Engineer at Team Project 1 – JBR, summed up: “Jaxon showed a great qualifying. Unfortunately, he lost a place at the start from pole position. Due to the safety car phases we could not reclaim the lost place. That’s a pity because we had the fastest car in the field here.”

Team Manager Svenja Becker praised the team’s performance: “Compliment to the entire team around Marcel Schmidt. After an excellent qualifying, Jaxon narrowly missed his first victory. Be that as it may, we are proud to have won the rookie title in our debut season. We are now looking forward to a successful finale in two weeks.”

The season finale will take place in two weeks from September 27-29, 2019 on the demanding Sachsenring.