Race Norisring: Back on the road to success 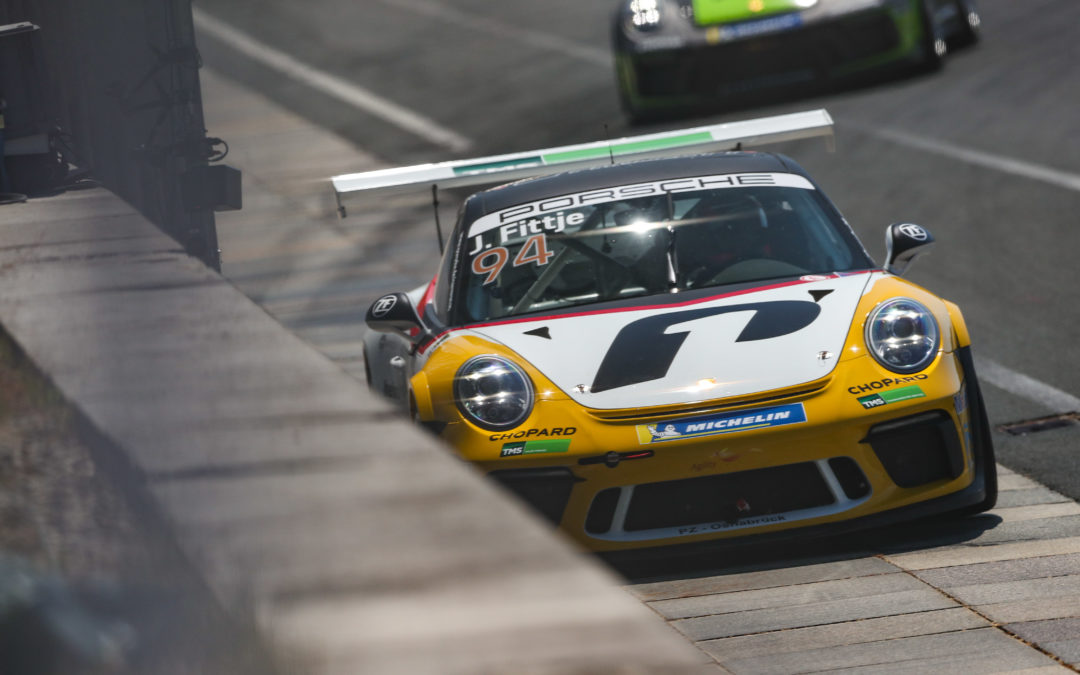 After the disappointing race weekend in Spielberg, Team Project 1 – JBR was able to build on the successful start of the season. The race at the Norisring – also known as the “Franconian Monaco” – is considered the absolute highlight of the DTM season. These high expectations were met by both races of the Porsche Carrera Cup, which were hard to outmatch in terms of drama.

In front of a fantastic setting Jaxon Evans was able to get the third podium finish for the team after a brilliant ride from P7 to P3. In the second race on Sunday, the 22-year-old New Zealander confirmed his good form with a P5 finish and once again secured important points for both the overall and the rookie classification. Jannes Fittje had to tackle both races from the back after a difficult qualifying session. Nevertheless, the young German showed a very good race speed in both races finishing in the points with P14 and P15.

Marcel Schmidt, Technical Director of Team Project 1 – JBR, summarizes: “An extremely important weekend for our drivers and our team after the very disappointing race in Austria. We could already show a good performance in the free practice. Unfortunately, our qualifying was not optimal – especially for Jannes, who then showed his class in the race. Jaxon’s fight for the podium on Saturday was, of course, extraordinarily strong.”

Team Manager Svenja Becker was also relieved: “Although both drivers did not know the circuit, they got along pretty well right from the start. All in all a very positive weekend for our team. Unfortunately, Jannes was beaten down by the modest qualifying which resulted in bad starting positions. Jaxon’s performance on Saturday was terrific.”

Team Project 1 – JBR currently ranks P6 in both the driver and team rankings. In the rookie ranking Jaxon Evans was able to gain back the lead.

The month of August will be getting hot: Within just one week, the team will face two demanding tasks with round 5 in Zandvoort and round 6 at Nürburgring.