Race Most: Still on the road to success 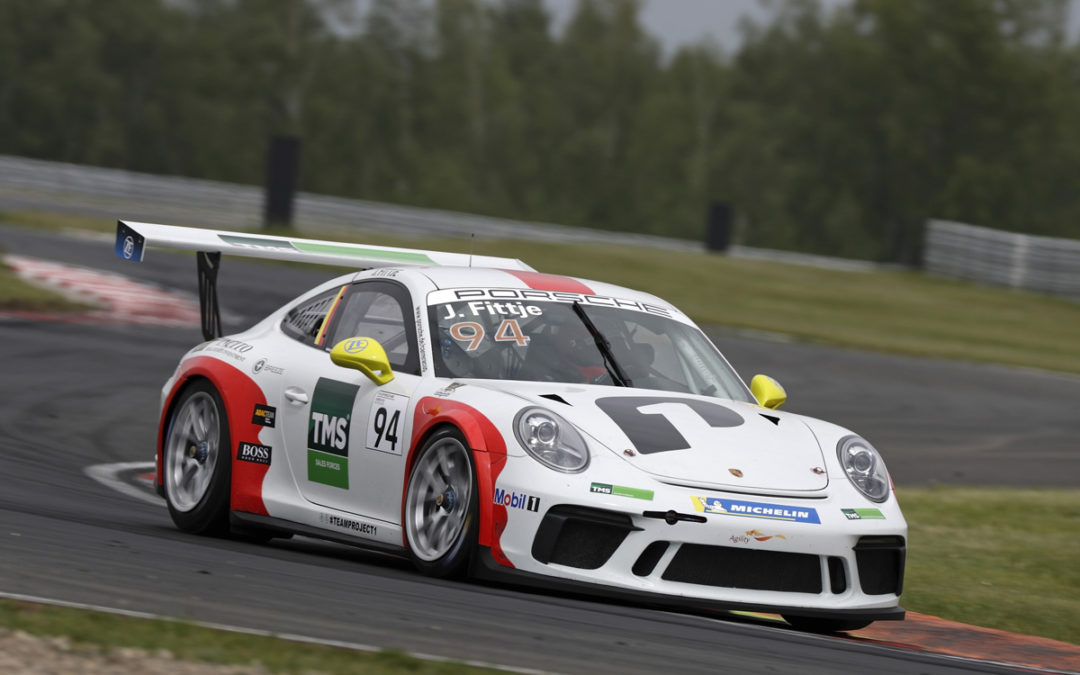 The first international race of this year’s Porsche Carrera Cup season in the Czech town of Most was definitely worth a visit for Team Project 1 – JBR. Both riders were consistently in the top 8 throughout the weekend. Rookie Jannes Fittje showed an outstanding qualifying, with which he was able to qualify for both races for the second row of the grid. The very good team result was rounded off by the starting positions 5 and 7 of Jaxon Evans, who already secured the first podium for Team Project 1 – JBR at the season opener in Hockenheim.

The Australian was able to confirm his good performances in the two races by winning important points for the driver and team ranking with places 4 and 6. With Fittje in 9th place, Team Project 1 – JBR also scored their first double victory of the season in the contested rookie classification. On the other hand, Fittje was unlucky in the Sunday race when he had to finish early in the race on a strong fourth place.

Marcel Schmidt, Technical Director at Team Project 1 – JBR, takes stock: “Compliments to the entire team and to our two drivers. Jannes impressively demonstrated his abilities at the second race of the season with an outstanding qualifying session. Unfortunately, his great performance was unrewarded by a DNF on Sunday. Jaxon seamlessly continued his very good performance from the season opener. We are therefore optimistic about the upcoming races.”

Team Manager Svenja Becker was also enthusiastic: “After the turbulent season opener this weekend was a lot quieter, but no less successful. The performance of the team and our drivers makes us very confident. We look forward to the upcoming race in Austria.”

The next race will take place in the scope of ADAC GT Masters from June 7-9, 2019 at the Red Bull Ring in Spielberg, Austria.